JOY to the World!
Joy Partners International is a non-profit, non-denominational Christian organization. Partnering with ChiLing Huang, Rev. and Mrs. John B. Lin founded the organization in 2000 after retiring from 40 years of service with the Far East Broadcasting Co. Our purpose is to proclaim the Love of God and bring JOY to the world.

Meet the board members 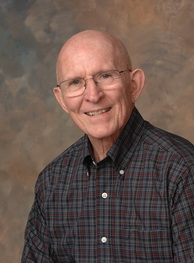 Harold J. Sala, who holds a Ph.D. in English Bible from Bob Jones University, is a well known speaker, author and Bible teacher, has served as founder and President of Guidelines International, Inc., since 1963.

Dr. Sala continues to be a guest lecturer and teacher at universities such as Xiamen University, Xiamen, China, the International Graduate School of Leadership and the Asian Theological Seminary in Manila, the Institute of Artificial Intelligence, and Donetsk Christian University in Ukraine, national and international conferences, seminars, and churches.

Over 55 books and hundred of publications have been written by Dr. Sala. Select ones have been published in more than seventeen languages. His book, WHAT YOU NEED TO KNOW ABOUT HEALING was published by Broadman and Holman in January, 2013. His latest book, THE PARENT MAP was released in late 2013 by OMF Lit in Manila. His book PROFILES IN FAITH by Promise Press (also published in Chinese by China Alliance Press) received the prestigious Angel Award for moral excellence in the media in the US.

Hobbies include golf (handicap of two—woods and irons), photography, and people--the driving focus of his life and ministry.
Darlene Sala 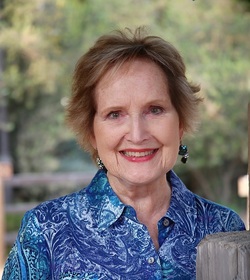 Darlene Sala, author and speaker, has served in ministry with her husband, Harold J. Sala, as a pastor’s wife, mentor, Bible teacher, conference speaker, missionary, and author. At the center of the Salas ministry has been “Guidelines for Living,” a 5-minute radio commentary heard throughout the world in a number of languages over the span of more than 50 years. Darlene produces a 2-minute radio program called “Encouraging Words” which is presently aired in the U.S., Philippines, Uganda, Kenya and Yap.

Known for her devotional books for women, Darlene’s latest releases include You Are Blessed, You Are Loved, and You Are Chosen (Barbour Books). Her books have been translated into Spanish, Russian, Korean, Chinese, Indonesian and Ukrainian.

In addition to her responsibilities as secretary of the Joy Partners International Board, Darlene is actively involved in the leadership of Guidelines International Ministries, which reaches more than 100 countries through radio, television, video, literature and conferences. She speaks at family conferences, retreats, universities, and churches in the U.S. as well as overseas. She and Director Florence Lin have ministered together on numerous occasions in China, including producing DVDs for distribution there.

Darlene is the mother of three adult children and grandmother of eight. Her most recent adventure involved swimming with whale sharks. The Salas live in Mission Viejo, California. 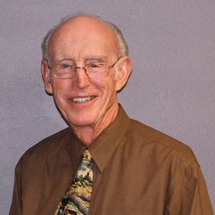 I was born in Shawnee Oklahoma in 1935 to Delbert & Marie Poe. I had one brother who went to be with Lord at age 54 in the year 2000. We were raised in a Christian home & I came to faith in Christ at the age of seven. My career desire was to follow in my dad’s footsteps & become a pilot. My dreams were cut short due to my ongoing problem with air sickness.

Our family attended church regularly & were members of Calvary Assembly in Inglewood CA in the late 1940’s. This is where I was introduced to two friends who were plumbers. After talking with them about the plumbing trade & listening to their positive comments, I decided to pursue a career as a plumber. My dad introduced me to his friend who owned a large plumbing company & was also a member of our church. He agreed to sponsor me into the Plumbers Union & he hired me in the summer of 1954.

My wife Bobbie & I were married on September 25th 1954.We have been blessed with two daughters, 3 grandchildren & two great grandchildren. After working for 12 years for a few different plumbing companies, I borrowed 1500 dollars from my parents & started Poe’s Quality Plumbing Co. in 1966 in our home in Yorba Linda CA. By God’s grace we were able to repay them the following year. I operated our company with the help of some wonderful employees for 42 years & a number have become close friends. Over the years I have had many opportunities to pray for & with them. My wife Bobbie has been my most loyal supporter & was my first secretary. We have held many employee Christmas dinner parties in our home.

I have been active on various church boards, taught 6th grade & adult Sunday school classes, sang in the church choir & quartet. Bobbie & I were youth sponsors when our daughters were teen agers .I have been a member of the Anaheim First Baptist Church’s executive council & a member of the church’s pastoral search committee. I served as treasurer for Across International Ministries for a number of years. Bobbie & I are current members of The First Evangelical Free Church Of Fullerton and are active members in Prime Agers adult fellowship. About 18 years ago I became involved in our church’s prison ministry. I am currently responsible for the Rebekah Chapel Wednesday AM Bible Study the last two Wednesdays of each month as well as an evening weekly Bible Study in the prison hospital. I am also available for counseling & as a Brown Card I am approved to minister at different locations inside Chino Men’s Prison as directed by the Protestant Chaplain. I desire to continue this ministry as long as God gives me strength. I strongly believe in the ministry of Joy Partners & consider it an honor to be a board member. May His glorious name ever be praised. -Jerry Poe 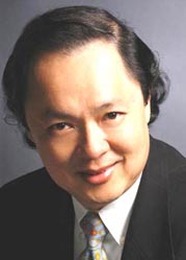 ChiLin Huang was born in Singapore and later migrated to the USA in 1985. He taught music in different colleges in both Singapore and the US, and in 1988, he started his first music school in the US. Today, he has established many music schools and pre-schools in both the US and China. He is not only an educator, but also a conductor, composer and arranger. Working in the recording studio is a big part of his life. As an education specialist, he has created many different innovative ways for both children and adults to learn music in an easy way. His greatest joy is to see smiles on students’ faces as they are learning the music. He is also fun to be with.

In 2000 He and Rev. & Mrs. John Lin started Joy Partners International, Inc. He became the President since then. His wife Rachel is his right hand. He has two daughters. 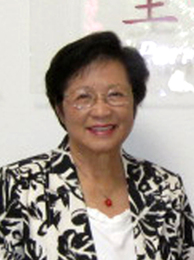 -Co -founder of Joy Partners
-Vice President and Executive director for Joy Partners International, Inc
-Board member of US FEBC Board (2005-2012)

She has three children and six grandchildren. Her hobby is gardening. 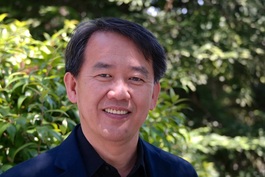 Luke Cheng has over 25 years of experience in transportation planning and traffic engineering specializing in travel demand forecasting for passenger and freight systems. Luke's professional experience ranges from technical modeling to project management in both public agencies and private consulting firms.

Luke has traveled extensively in Asia. He was also based in Hong Kong working on transportation projects in Taiwan, Hong Kong, and the China Mainland.

Luke served with Far East Broadcasting Company, a Christian broadcasting ministry located in La Mirada, CA between July 2007 and May 2014. As Vice President of International Ministry, Luke was responsible for coordinating capital and ministry project activities as well as fostering international corporation among all member countries of FEBC International for this 70 years old ministry.